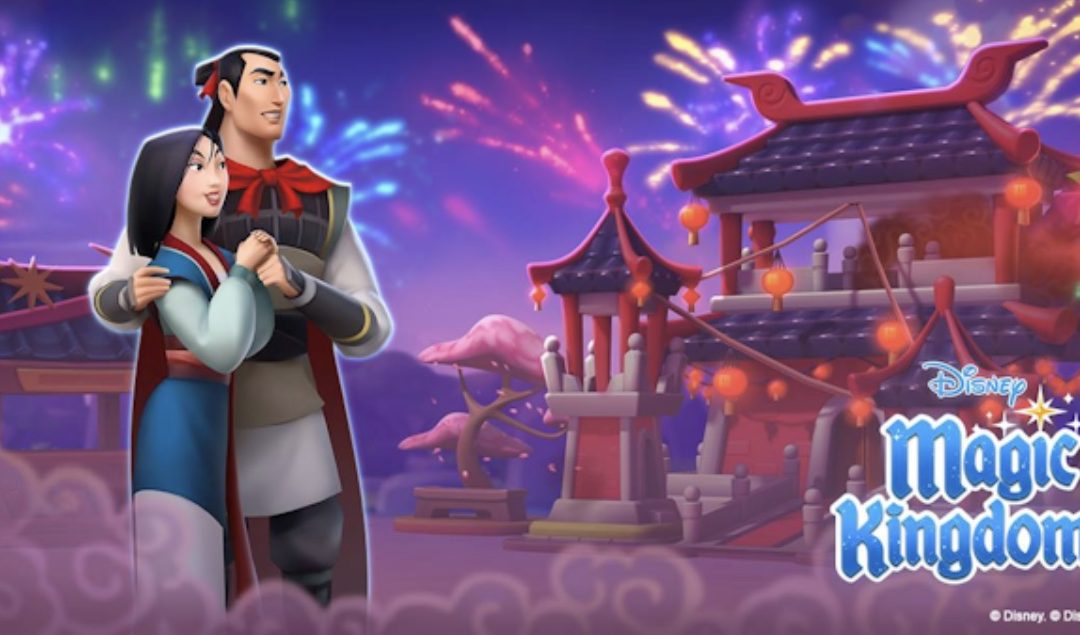 I haven’t said much about it, but I am still playing my Disney’s Magic Kingdoms game, by Gameloft, and I did it! I was able to welcome Mulan! Woo hoo! 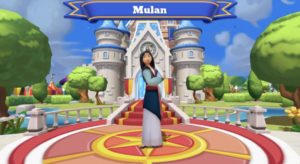 My daughter, Brande, had been playing the game and told me about it; that was a tad over a year ago. The Mulan event was only a 2 week event, with 3 characters to obtain – Mulan, Li Shang, and Mushu (and Mushu was and is one of my favorites! Eddie Murphy knocked that one out of the park!) I have been playing the game ever since.

When I was younger, I played a variety of arcade games, but up to the point of her telling me, I had been more of a puzzle game player. However, I had an extreme love for all things Disney; especially after having the opportunities to visit Walt Disney World, in Florida. All it took was one visit and I was completely hooked!

I am also seeing a variety of players, some spend money. Others are adamantly against spending a dime and I say, “to each their own” on that one. I know I mentioned in my last game post that I do spend a little bit of money, here and there. I figure, there are times that I can forgo the Starbucks to have something that is more enjoyable, long-term I also mentioned that I was extremely excited to be able to get the Mulan character.

Today, we are still in the middle of Tower Challenge #4, with the Mulan collection being highlighted. All players are working toward getting Cri-Kee, the featured character. If we miss out on obtaining Cri-Kee, the only option is to try to acquire him through a Legendary Chest.

So I have been working toward Cri-Kee, but admittedly, my ultimate goal was Mulan. At this point, I kind of wish I had worked a bit harder to earn Cri-Kee, because I’m pretty sure it is impossible. This will also be the first Tower Challenge that I haven’t finished with the featured character. While I do spend a little money here and there, I refuse to spend a fortune and I have done the math.

I actually thought I wasn’t going to be able to get Mulan. I had been awake all night, it was my turn to be on call and I wound up awake all night when Mulan became available, but the only way I saw to add her to my kingdom was to buy a Legendary chest. Talk about being bummed! After waiting and being sure I was going to be able to get her for sure, here I was perplexed.

I didn’t realize that I had to do it through the event button. BLEH! Chalk that up to being up all night and not being able to process well, because it was definitely elementary to anyone who has been playing for any period of time.

No matter how I finish this expedition, I obtained Mulan! #SuperStoked