In A World Full Of Wolves 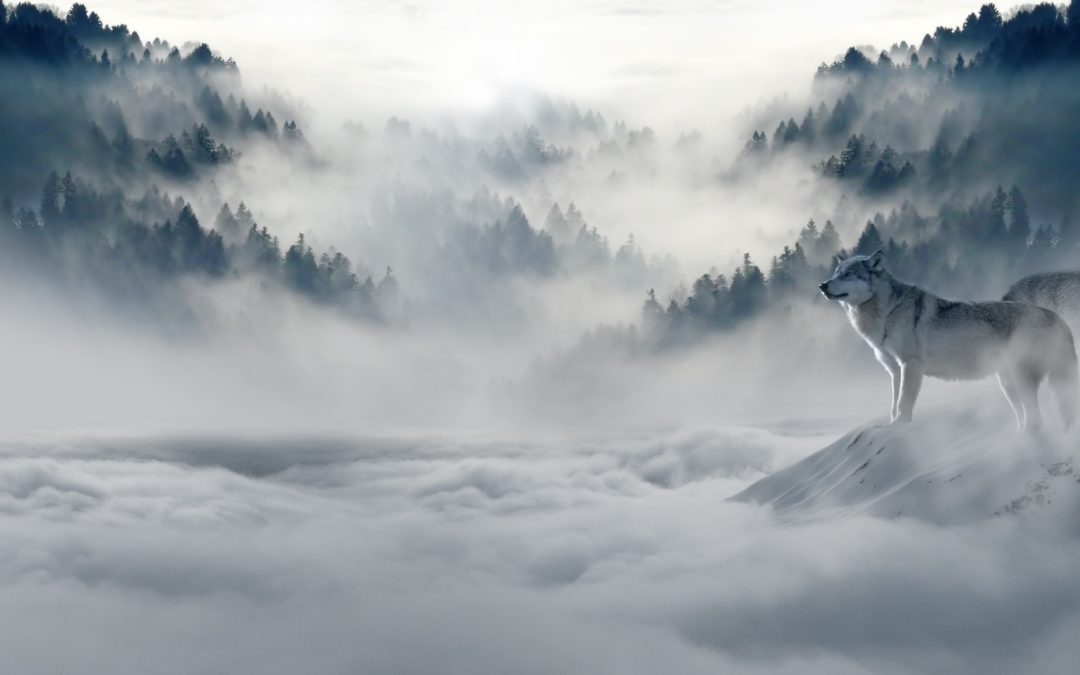 Brad and I (well and all of our kids too) randomly will quote lines from movies. So much so, that you would probably hate watching Disney’s Mulan with our family (sometimes I do, lol) because most of the kids can speak the line before the movie has time to spit it out.

But one such line comes to mind, “I trust everyone, I just don’t trust the devil inside them.” Whenever someone brings up the issue of trust to me, I think of this line. Almost every time.

Everyday, there is a war inside of us that will give us the option to react or respond. I heard a story recently about two wolves – a black one and a white one.

A Cherokee Indian man and his son were on a walk and the father was on a mission to give advice to the son to help him grow into a man.

As they are walking along the path they come to a small pond and take a seat on the ground, by a large tree. The boy begins to tell his father that he had dream, during the night, about two wolves. One was white, the other was black and they were fighting. Back and forth, back and forth, the fighting continued, for what seemed to be all night. The son reported that right before he woke up that he could see himself clearly in the dream and saw that the wolves were on the inside of him, then he woke up.

The wise Cherokee father said, “my son, those wolves represent good and evil and the war that goes on inside of us all. The white wolf represents our good character like – love, peace, kindness, truth, and other things that you see as good. The black depicts all of the negative things that we allow to come out like – anger, jealousy, being self-centered, and other behaviors we deem as bad.”

The young son, puzzled, looked at his father and said, “I don’t understand. In my dream, I woke up before the fight was over. So I must know, which wolf will win?”

The father replied, “The one you feed the most.”

As I pondered the story, I thought of how much this relates to how our choices govern our behavior. Then after a search I found that the origin and details of the story were slightly different, but the basis of it was still the same – and the choice of reaction or response is still left up to us.

What happens when someone challenges you in a negative way. This is where your choice come in to feed the white wolf. You can respond in love or react in anger. When presented with an event that maybe you were involved in, your choices are to react with a lie, or respond with the truth.

You choose, but in a world full of Grinches, I’ll be a Cindy-Lou Who!